Are these your fears too, when you wish to renovate your restrooms

People are all but comfortable and confident when it comes to repairing their old buildings; Renovation or restoration often brings along apprehensions uncalled for; which instigates a fear of sorts, which just multiplies more with delay. This reaches a point where every household eventually reaches a consensus – ‘We should have done it earlier’; the point where things unattended end up burning a hole in their pocket, much bigger than the one they would have ended up with, had the matter been paid some attention earlier.

Why does any person feel apprehensive of renovating, houses in general, bathrooms/washrooms in particular? What are the general fears associated with getting one’s own bathroom repaired? Why do people push things so far that it costs a significant amount to turn back? How does Happy Klo offer an affordable, durable & reliable solution to this stigma? Read on.

Getting desired end results: One of the most common fears associated with getting renovation done in individual households & bathrooms; any person getting an idea to do so always tends to think in reverse, visualizing the end result going wrong in all possible ways. The best method to overcome this is to get in touch with an enterprise which can give a detailed outline of the work process & one can be sure both parties are on the same page at all times. Lack of knowledge in this field also contributes to this many times, and if any household has at least one person who makes an effort to gain the requisite basic knowledge in the process of renovation/restoration, it acts as a confidence booster while conversing with the enterprise/contractor who is approached.

Poor Workmanship: Paying for quality work & not getting the desired output from the work force, horror of horrors; a House owner is always initially hesitant in trusting the workmanship of the laborers involved, it is a ‘Seeing is Believing’ mindset that drives them to the extent that, unless some fraction of work is completed according to their desires, they simply refuse to trust the expertise of the laborers; thus hampering the Enterprise-Customer relationship. The best way to get around this is to have a constant conversation with the Enterprise Owner/Contractor; understand the timeline of the work & get a rough idea of when to expect what, so that anything deviating from track can be identified immediately. Being afraid to communicate one’s fears will create a void which can cause misunderstandings further, hence it is important to be open & frank about any doubts in mind; throw in a wee bit of trust, thus any fear in this regard can be flushed away.

Being Cheated: One of the biggest fears among all house owners is this; dealing with frauds, a fear which been building up from the turn of the millenium, wherein people would often get through to contractors/Enterprises though word of mouth method or references; with Internet becoming cheaper, usage has increased significantly, thus enabling both sides to connect more easily & directly. We have come to a time where one can easily access information related to an Enterprise that advertises itself as an expert in the field of renovation; being a tech savvy person or having someone like that in the family helps in this front; One can easily distinguish frauds from Genuine dealers and approach them with a sense of confidence.

It won’t complete in Time: The Duration of the project worries many people a lot; afterall, how long can one be without a Toilet/Bathroom? Long duration mentioned without reason will lead the concerned customer to believe that work is ‘obviously’ going to be slow. One sure-shot method to get over this is to ask for a fixed finishing date; a hesitant enterprise/contractor is sure not to have this in mind; A professional who understands the needs of the customers usually operates within a proper schedule and thus can provide a deadline which can be adhered to. This also ensures the client and Enterprise understand each other and a mutual understanding regarding the completion can be reached.

Paying in Excess: At the end of it all, how much is it going to cost? Is it going to be really worth it? What if a person ends up paying in excess? All these doubts loom over one’s head during the initial period itself, while receiving the quotation; while renovating/restoring a Bathroom or Toilet isn’t a frequent job, it is also something which is grossly neglected. ‘Why now? Lets get it done the next time the house needs a paint job is the common belief among house-owners. But when a Toilet/Bathroom needs attention, it really does, after-all its a matter of hygiene in the end, better pay an Enterprise than a doctor? To overcome this fear, a good market research really helps, which gives one an idea as to how much people charge, while there may be a marginal difference here & there; most of the competitors fall in the similar price range for a specific product. A detailed layout of the quotation can be asked for, when a Contractor/Enterprise pitches their Idea forward, at the end of the day, a restoration/renovation of a Toilet or a Bathroom can be considered an investment too, nothing comes cheap, quality – definitely not; but that need not stop a customer from scrutiny, for one is definitely entitled to know how much is to be paid for a satisfactory job. 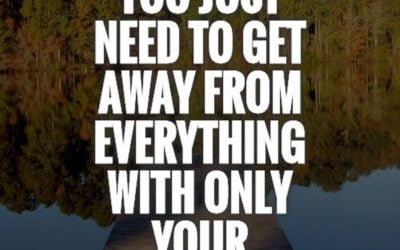 Your New Get Away! Give us a call or fill in the form below and we will contact you. We endeavor to answer all inquiries within 24 hours on business days.
(91)9886728879
bathrooms@happyklo.in